Traveling is pretty great, but I’ve realized that it’s definitely one of those “you don’t know what you don’t know” kinds of things. Throughout my experiences abroad I have learned many valuable lessons not only about travel, but about people.

Here are some of my most important takeaways.

It goes without saying that the United States isn’t the only country in the world, and the American perspective on the world isn’t the only perspective. One of the great benefits of studying and traveling abroad is that you’ll get to talk with people about their culture and their perspectives on all kinds of issues.

During a short educational program in Greece, I learned about sporting cultures and different countries’ perspectives on the Olympic Games. Guess what – their perspective is not the same as it is in the U.S. In other countries, the Olympic Games aren’t just about seeing how many gold medals a country can win. Many times, the main focus of the Games is about an ethos of  participation, sportsmanship, and solidarity.

Beyond the Olympic Games, there are so many other things to talk and learn about when you’re abroad. I’ve found that many people I’ve talked to like to discuss American politics. While this is always a sensitive subject, it has helped me understand how other countries perceive the United States and, oftentimes, I learn something I didn’t know before.

So, the takeaway is that while you’re in another country, be open to listening and trying to understand the perspective of the culture you’re in. It might just change your perspective when you come back home.

2 – People in other countries are different, but the same

During that same educational program in Greece, I was able to meet people from all around the world. I had great conversations with people from Iran. I shared laughs with people from Venezuela. I gained new perspectives from people from Finland. And even got some pointers on ping pong from a guy from Russia. 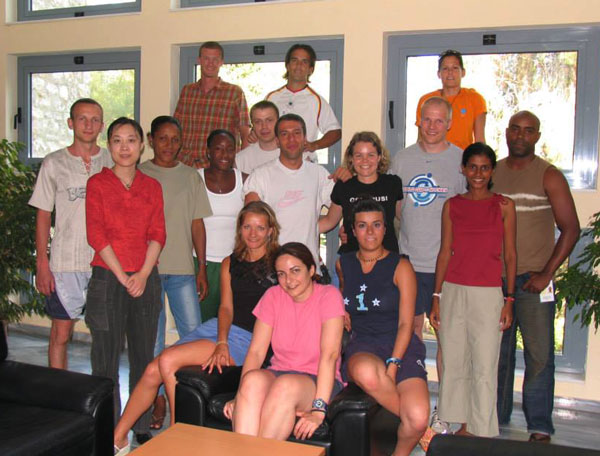 The point is, that, yes, there may be differences in skin tone or hair color or language or a hundred other things. Many times, when people go abroad for the first time, those differences are what they focus on. However, while it seems obvious, travel has helped me to realize that once you get past the physical characteristics, people have a lot in common. We like to laugh. We like to learn. We like to spend time with our friends. Oftentimes, we have similar values and share similar struggles.

At the end of the day, we really are all human.

3 – A little effort can go a long way

I was set to travel to Italy for the first time and was determined to try to learn some of the language. I knew that talking louder and slower was not going to help me communicate so I went to the library, got one of those language learning CD’s, and thought that through osmosis or some other means of covert educational diffusion, I would learn Italian. Well, life got in the way of my language learning plans and when I touched down in Rome the only thing I actually remembered how to say was, “Do you understand English?”

On the plus side, it was in Italian.

Even so, I was not off to a great start. I spent the next few weeks starting each conversation with that small phrase and to my surprise, I was actually able to navigate the country.

This phrase did two things:

1) it helped people realize that I did NOT speak Italian, and

2) most importantly, it helped people realize that I was at least putting forth effort.

Because of that, almost everyone I met was very willing to try to communicate with me by using their limited English or by engaging in amazing charades-like pointing and miming conversations. When the verbal communication didn’t work, the physical communication skills did.

The point is – even if you aren’t fluent in a language, don’t be afraid to try. People will appreciate the effort and will most likely be willing to help you out.

Of course when you travel you’ll want to visit the big tourist attractions, monuments, and museums, but keep in mind that some of the most lasting and best memories of your trip may come from doing something much simpler.

Some of my favorite memories from traveling are from simple interactions. 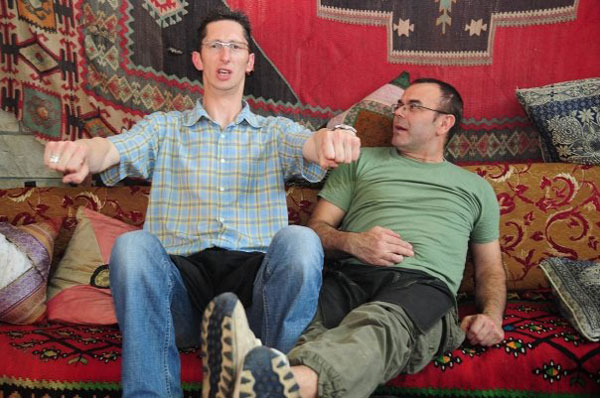 None of these things were grand events, but these simple, unique experiences really help give a personal touch to each and every place you go.

There are so many things that traveling and studying abroad can help you learn and experience.

So what are some of the lessons you’ve learned while traveling abroad? Post them in the comment section below.

Want to learn more about any of ISA’s program locations? Fill out the form below to get started.